To all the socialists…

Hugo Chavez was responsible for assassinating socialist activists, instigating enforced factory work programmes and “workfare” schemes, the indefinite imprisonment of union leaders, environmental catastrophe, widespread displacement of indigenous people for mining operations, the murder rate jumping to 20,000/year, mass strike-breaking, pushing through largest advancement in the privatisation of the Venezuelan oil industry, overseeing America becoming Venezuela’s largest trading partner, attempting to start a war with Columbia to prop up the economy, quashing any political dissent though state brutality, and a whole host of other terrible atrocities.

If someone tried anything even remotely similar to that in the UK they would be denounced for their horrific politics and abandoned by socialists across the board. Well perhaps not, because what we are seeing in the wake of Chavez’s death is a string of self-proclaimed socialists and socialist organisations lining up to mourn, celebrate and pay tribute to a “good leader”, “revolutionary”, or “true comrade”.  The SWP, the ISG, the RCG/FRFI,  fuck, even Billy Bragg is in on this game. 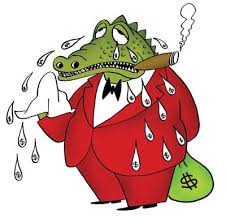 Socialists that think well of Chavez all need to dry up those tears because they are being shed for a counter-revolutionary who on one hand used left-wing rhetoric to sound good while on the other acted as a brutal  dictator. You need to look at your politics, look at your choices, and pull your shit together RIGHT NOW!

This entry was posted in Chat and tagged Hugo Chavez, Morals, Politics, Unity of the Left. Bookmark the permalink.